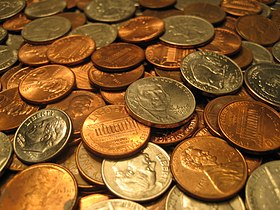 Understanding the economic intuition behind minimum wages
law is of great importance, given the economic fluxes spreading all over the
world, from the Arab spring in Middle East, to budget deficits in USA and the debt crises in euro zone. Regarding the debatable and controversial outcomes of minimum wages, I will try to explain why governments tend to be quite hesitant when it comes to agree on such law settlement.

A typical labor market with an upward supply of labor that shows the number of employees willing to work at different wages levels, it
might be viewed as the marginal cost (MC) of each additional unit of
labor. The demand curve for labor by employers at given fixed level of Marginal productivity and price level is downward slopping; any changes in those exogenous variables would lead to inward/outward shifts in this curve. The equilibrium wage and No. of workers are determined at the intersection of the two curves at W*, L*.

Notably to mention that low skilled job seekers are the target group by this law, because low skilled or teenagers who lack the sufficient educational and job experiences have no chance to compete in such market, in
other words, they are more eligible for internships with no payment, or on job training with wages lower than equilibrium wages.

With wages at the minimum floor, we might observe the following:

1- The No. of people who actively seek jobs would rise, this increase in supply of labor might come from existing labor force who were employed as interns or on job trainees, and people who are counted as voluntary unemployed, such wage rate now meet their expectations and force them to get back to the play yard.

2- The cost of hiring workers now is higher, employers are obliged to pay higher wages, which would force them to reduce the demand for employees, except for really skilled, highly efficient ones.

5- Teenage unemployment tends to increase, No. of students who drop out of schools might increase (as now it is more tempting to seek jobs than before) , the rate of job creating in the shadow “underground” economy might hike, because of the legal market surplus (No minimum wage laws in shadow economies)

This is not the end of the story, otherwise things would be quite easy and simple, and we can conclude that minimum wages are bad, and
governments should seek better –less costly-ways to do its job for supporting low-income people (i.e. Earned income tax credit).

More than 200 academic researchers have been studying the
effects of minimum wages on labor markets over the last century, and have been trying to observe the patterns of teenage unemployment after setting this wage floor. Opponents argue that it causes unemployment, lead to discrimination for the favor of highly skilled workers (or black people as observed in the minimum wage law settlement in USA during the 1930s), schools drop out increase, illegal and criminal activities increase, inflation rises.

Proponents -on the contrary- argue that minimum wages are
not bad, however, when, how and where they are applied is the crucial issue.
They advocate that minimum wages would hike productivity of workers and
increase the opportunity cost of leisure, moreover the hike in prices would
increase the demand for labor because the accession in employer’s profits, and thus the observed unemployment rise is transitory. In addition, the marginal propensity to consume (MPC) of low income people is much higher than high income people, consequently the whole aggregate demand might rise and instigate the rate of job creation in the economy, not mentioning, moral, ethical norms of providing better life for low income people and the reduction of criminal/illegal acts in the economy.

However, empirical evidence stands for the side of proponents; a typical econometric analysis of this phenomenon has shown that, an increase of 10% in minimum wage would reduce employment by only 1-3%,
depending upon the elasticity of the demand for labor in this market, and the degree of wage raise.

To fully understand the whole picture we should also incorporate our analysis with the case of removal of fringe benefits. Observing
employer’s reaction to the imposed minimum wages, possibly by removing fringe benefits from their employees “transportation, health insurance, memberships, relaxed work conditions, free coupons, etc…” , we might conclude a different outcome, as both employees and employers tend to be worse off in terms of gained utility in favor of lower reduction in employment levels in the labor market.

To recap, each market should be considered separately; there is no general catalog for the spillovers of minimum wages. Governments should
treat such decision very carefully, also to consider the amount of wage raise, the elasticity of the demand in each market, and others law or legalization that might hinder/strut the negative spillovers of minimum wages. Favorably a government could seek better – in sense of controversy- , stable -in sake of predicted outcomes-, and less costly -in terms welfare losses- than this dangerous remedy for poverty.

1 thought on “Why minimum wages and why not?”

M&S Research Hub (www.ms-researchhub.com) is a research and academic institute that organize online and onsite live training in fields of advanced econometrics, statistics, data analysis, and programming for institutes and individuals.